You are here: Home / Article / Hotstar Alternatives Apps that You Can Try

What are the best Hotstar alternatives apps? Hotstar is a popular video streaming platform that targets explicitly Hindi video lovers. Hotstar streams Hindi movies, TV shows, sports broadcasts, and news, but it also streams international content including Hollywood movies and TV shows from a number of international media, such as HBO, National Geographic, and Showtime.

Many people enjoy using Hotstar especially because it is free, although premium content does require payment, and also because of its Bollywood content, which has now become so global that many people around the world actually love it. 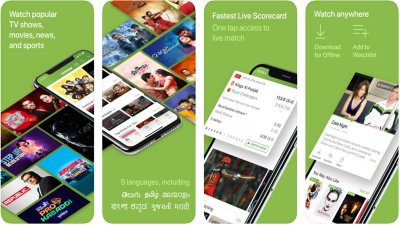 Hotstar is obviously not the only player in the OTT (Over the Top) video streaming industry. Here we will see three popular alternatives for Hotstar and how they compare with Hotstar.

Netflix has long been considered a video streaming giant that becomes the pioneer of the trend. Netflix entertains worldwide customers with its vast collection of movies, TV shows, and other videos as well as originals such as House of Cards, Daredevil, and Stranger Things.

Although Netflix is a global video streaming platform, it plans to release Hindi originals, including a serial movie based on Vikram Chandra’s Sacred Games. Hotstar does offer more when it comes to Hindi content. Besides, Netflix is a subscription-only platform that requires you to pay whereas Hotstar allows you to start as a free user.

Amazon Prime is very much the same with Netflix in terms of the subscription model and Hindi content. However, Amazon Prime does offer more Hindi originals, including Fan, Sultan, and Kabali. Although Amazon Prime does stream a number of TV shows, in general, this video streaming platform focuses more on movies. If you enjoy watching Bollywood movies, becoming an Amazon Prime subscriber can be a good idea.

The subscription fee for this platform is only $7 per year to enjoy its full features whereas Netflix charges its users starting from $8 for the basic plan. Although Amazon Prime is obviously cheaper than Netflix, Hotstar is still on the top when it comes to subscription cost because some of its programs are available for free.

Crackle is a free video streaming platform that allows you to watch movies, TV shows, news, etc. from your Android device. Crackle doesn’t charge its users to enjoy full access to its features; however Crackle relies on ads to gain profit, so if you use this platform, be ready to deal with pop-up ads when watching your favorite movies.

Many other platforms work in a similar way to that of Hotstar; however, the three above are already representative for those multitudes of platforms. Try them all and see which one is the best for you.

We use cookies to ensure that we give you the best experience on our website. If you continue to use this site, we will assume that you are agree and happy with it.OK